When the New York Times Magazine published an 8,word puff piece in April about Anthony Weiner and wife Huma Abedin, the media predictably applauded with all three broadcast networks gleefully referring to the piece to assist in the sext-crazed politician's rehabilitation.

Adding insult to injury, the article's author Jonathan Van Meter - who is a contributing editor to Vogue and New York magazine - told the Washington Post's Erik Wemple Monday, "Never even occurred to me to ask" if Weiner was still sexting. It turned out to be a poor assumption. As Jammie Wearing Fool observed Monday, the error here is compounded by the amount of time spent on this article. In this instance, I transcribed 15 or 16 hours of tapes. 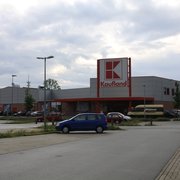 There were no events to go to, nothing to really follow him to. We sat around and talked. That was novel. I really felt like I was his analyst. Our sessions lasted for a particular amount of time, we would bring up things with a certain repetition, start to recognize patterns. As someone who has had a standing appointment with my therapist for many years, the rhythms were familiar.

That means Van Meter, Lundgren, and everyone involved in this 8,word disaster had more than two months to act like journalists rather than activists trying to rehabilitate a disgraced politician in order to assist his ascendancy to become mayor of arguably the most important city on the planet.

Consider that in its July 24 editorial calling for Weiner to quit the race, the board chose not to address their complicity in Weiner's revival or apologize for having failed over the course of two months to even bother asking if the sexting had stopped.